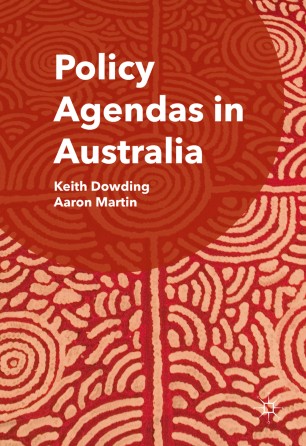 This book contributes to and expands on the major international Comparative Policy Agendas Project. It sets the project in context, and provides a comprehensive assessment of the changing policy agenda in Australia over a forty-year period, using a unique systematic dataset of governor-general speeches, legislation and parliamentary questions, and then mapping these on to media coverage and what the public believes (according to poll evidence) government should be concentrating upon. The book answers some important questions in political science: what are the most important legislative priorities for government over time? Does the government follow talk with action? Does government attend to the issues the public identifies as most important? And how does media attention follow the policy agenda? The authors deploy their unique dataset to provide a new and exciting perspective on the nature of Australian public policy and the Comparative Policy Agendas Project more broadly.
<
Keith Dowding is Professor of Political Science at the Australian National University. He has published extensively in political science, public policy and political philosophy. His recent books include The Philosophy and Methods of Political Science (Palgrave 2016), Exits, Voices and Social Investment (2012) and Accounting for Ministers (2012).

Aaron Martin is Senior Lecturer in Political Science at the University of Melbourne, Australia. He is the author of Young People and Politics (2012) and numerous articles on political attitudes and behaviour.