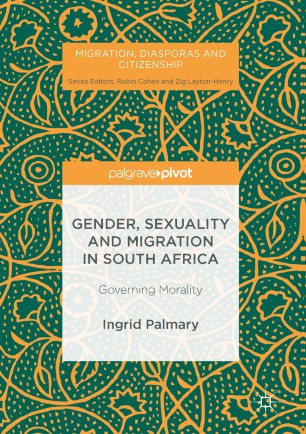 This book analyzes the intersections of gender, sexuality and migration in the South African context. It takes the form of a series of empirically-informed reflections on the ways that these issues have come together, and analyses the place that South Africa holds in increasingly global, and globally constrained, discourses around migration. This means that it is not just about gendered movement, or abuses faced by sexual minorities; it is about the ways in which gendered notions, which may or may not map onto different bodies, function in conversations on migration. The author challenges assumptions about what and who migrants are and the nature of their genders and sexualities, which have circumscribed the fierce debates about migration that are currently raging in the country. This does not mean, however, that it this is simply a book about South Africa. Rather, the author argues that global and local imperatives are constantly being negotiated as South Africa goes through a period of socio-political transition. This thought-provoking work will appeal to students and scholars of migration studies, gender studies and race studies, as well as disciplines such as sociology, psychology and political studies.
Ingrid Palmary is Professor and Director of the African Centre for Migration and Society, University of the Witwatersrand, South Africa.

Ingrid Palmary is Professor and Director of the African Centre for Migration and Society, University of the Witwatersrand, South Africa.