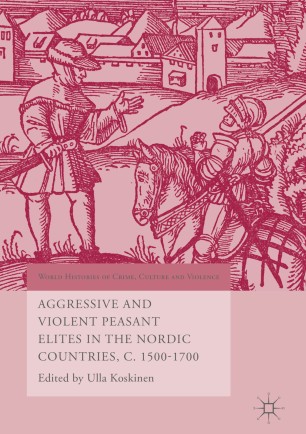 This book investigates the forms that the aggression and violence of peasant elites could take in early modern Fennoscandia, and their role within society. The contributors highlight the social stratification, inner divisions, contradictions and conflicts of the peasant communities, but also pay attention to the elite as leaders of resistance against the authorities. With the formation of more centralised states, the elites’ status and room for agency diminished, but regional and temporal variations were great in this relatively drawn-out process, and there still remained several favourable contexts for their agency. Even though the peasant elite was not a homogenous entity, the chapters in this collection present us one uniting feature – the peasant elites’ tendency to assert themselves with an active and aggressive agency, even if this led to very different outcomes.

Ulla Koskinen is Research Fellow at the University of Jyväskylä, Finland. Her work focuses on forms of interaction, communication and agency in sixteenth-century Finland. She has also studied the social dynamics of early modern peasant society, especially the Western Finnish peasant elites.