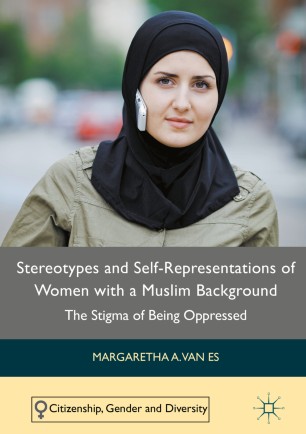 Stereotypes and Self-Representations of Women with a Muslim Background

The Stigma of Being Oppressed

This book explores how stereotypes of “oppressed Muslim women” feed into the self-representations of women with a Muslim background. The focus is on women active in, and speaking on behalf of, a wide variety of minority self-organisations in the Netherlands and Norway between 1975 and 2010. The author reveals how these women have internalised and appropriated particular stereotypes, and also developed counter-stereotypes about majority Dutch or Norwegian women. She demonstrates, above all, how they have tried time and again to change popular perceptions by providing alternative images of themselves and of Islam, paying particular attention to their attempts to gain access to media debates. Her central argument is that their efforts to undermine stereotypes can be understood as an assertion of belonging in Dutch and Norwegian society and, in the case of women committed to Islam, as a demand for their religion to be accepted. This innovative work provides a “history from below” that makes a valuable contribution to scholarly debates about citizenship as a practice of inclusion and exclusion. Providing new insights into the dynamics between stereotyping and self-representation, it will appeal to scholars of gender, religion, media, and cultural diversity.

Margaretha A. van Es is a Postdoctoral Researcher in the Department of Philosophy and Religious Studies at Utrecht University, the Netherlands. She is a social historian specialising in inter-ethnic relations and perceptions, gender, media and religion.