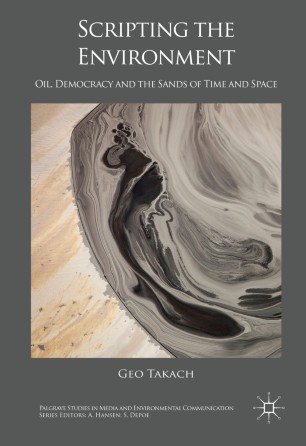 Oil, Democracy and the Sands of Time and Space

This volume explores how to engage audiences both beyond and within the academy more deeply in environmental research through arts-based forms. It builds on a multi-pronged case study of scripts for documentary film, audio-visual and stage formats, focusing on how the identity of a place is constructed and contested in the face of environmental concerns around fossil-fuel extraction in a globalized, visual society--and specifically on the rising, international public-relations war over Alberta’s stewardship of the tar sands. Each script is followed by discussion of the author’s choices of initiating idea, research sources, format, voices, world of the story, structure and visual style, and other notes on the convergence of synthesis, analysis and (re)presentation in the script. Included are lively analysis and commentary on screenwriting and playwriting theory, the creation and dissemination of the scripts, and reflections to ground a proposed framework for writing eco-themed scripts for screen, audio-visual and stage formats.