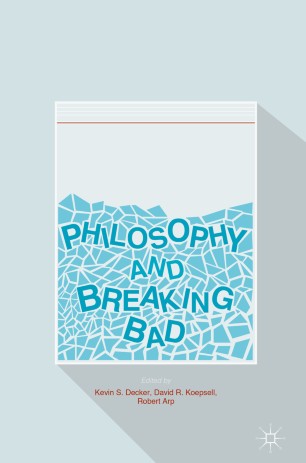 This volume considers the numerous philosophical ideas and arguments found in and inspired by the critically acclaimed series Breaking Bad. This show garnered both critical and popular attention for its portrayal of a cancer-stricken, middle-aged, middle-class, high school chemistry teacher’s drift into the dark world of selling methamphetamine to support his family. Its characters, situations, and aesthetic raise serious and familiar philosophical issues, especially related to ethics and morality. The show provokes a bevy of rich questions and discussion points, such as: What are the ethical issues surrounding drugs? What lessons about existentialism and fatalism does the show present? How does the show grapple with the concept of the end ‘justifying’ the means? Is Walt really free not to ‘break bad’? Can he be redeemed? What is the definition and nature of badness (or evil) itself? Contributors address these and other questions as they dissect the legacy of the show and discuss its contributions to philosophical conversations.