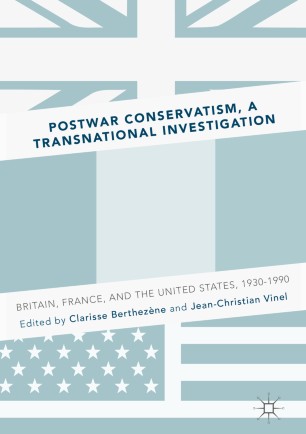 This volume offers a unique comparative perspective on post-war conservatism, as it traces the rise and mutations of conservative ideas in three countries – Britain, France and the United States - across a ‘short’ twentieth century (1929-1990) and examines the reconfiguration of conservatism as a transnational phenomenon. This framework allows for an important and distinctive point --the 1980s were less a conservative revolution than a moment when conservatism, understood in Burkean terms, was outflanked by its various satellites and political avatars, namely, populism, neoliberalism, reaction and cultural and gender traditionalism. No long running, unique ‘conservative mind’ comes out of this book’s transnational investigation. The 1980s did not witness the ascendancy of a movement with deep roots in the 18th century reaction to the French Revolution, but rather the decline of conservatism and the rise of movements and rhetoric that had remained marginal to traditional conservatism.

Clarisse Berthezène is an Associate Professor in modern British History at Paris Diderot University, France. She is the author of Training minds for the war of ideas: The Conservative Party, Ashridge College and the cultural politics of Britain, 1929-1954 (2015).

Jean-Christian Vinel is an Associate Professor of American History at the Paris Diderot University, France. A political and labor historian, he is the author of The Employee: A Political History (2013).

“This important volume from an authoritative international team of authors sheds significant new light on the comparative development of post-war Conservatism in the western world.” (Stuart Ball, Professor Emeritus, University of Leicester, UK)

“The rich essays collected in this illuminating volume show that the rise of right-wing politics in the United Kingdom, the United States, and France since the 1970s was a remarkably transnational phenomenon.  As they attacked social democracy and cultural pluralism, right-wing movements borrowed ideas, visions, vocabularies, and tactics from each other, adapting them to their own national idioms and using advances in one country to win advances elsewhere.  Anyone interested in confronting the problems that have proliferated in the wake the right’s reconfiguration of politics – surging inequality, belligerent ethno-nationalism, worker disempowerment and insecurity, and lost faith in the capacity for democratic self-government – has much to learn about the origins of these problems from this important book.” (Joseph A. McCartin, Georgetown University, USA, author of Collision Course)