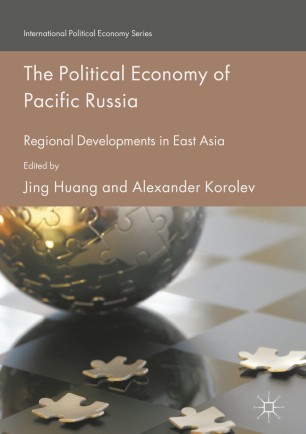 The Political Economy of Pacific Russia

This thought-provoking book, edited by Jing Huang and Alexander Korolev, redefines the complex political and economic landscape of the Asia-Pacific region. Written by internationally recognized experts from Russia, China, South Korea, Japan, Norway and Singapore, it provides an in-depth analysis of international cooperation in the development of Russia’s Far East and Siberia. It explores the geo-economic and geopolitical standing of ‘Pacific Russia’, and examines both the factors that lie behind, and the mechanisms that allow its integration into Asia. The authors argue that such development is essential for diversifying Russia’s economy, but that this turn to Asia is still inconsistent and would benefit from being truly international and multilateral. The protracted crisis in relations between Russia and the West, they point out, has only made it more significant. This edited volume will appeal to political scientists, economists, scholars of development studies and international relations, and policy-makers.