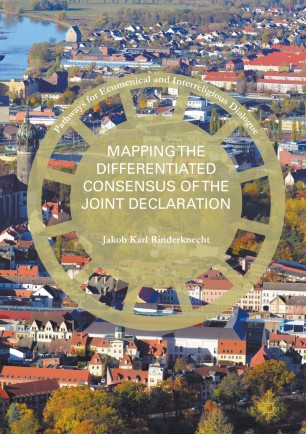 Mapping the Differentiated Consensus of the Joint Declaration

This book uses the insights of cognitive linguistics to argue for the possibility of differentiated consensus between separated churches. The Joint Declaration on the Doctrine of Justification, signed by the Lutheran World Federation and the Roman Catholic Church in 1999, represents the high water mark of the twentieth-century ecumenical movement. It declares that the sixteenth-century condemnations related to justification do not condemn the teachings of the partner church. Some critics reject the agreement, arguing that a consensus that is differentiated is not actually a consensus. In this book, Jakob Karl Rinderknecht shows that mapping the "cognitive blends" that structure meaning can reveal underlying agreement within apparent theological contradictions. He traces Lutheran and Catholic positions on sin in the baptized, especially the Lutheran simul iustus et peccator and the Catholic insistence that concupiscence in the baptized is not sin. He demonstrates that the JDDJ reconciles these positions, and therefore that a truly differentiated consensus is possible.