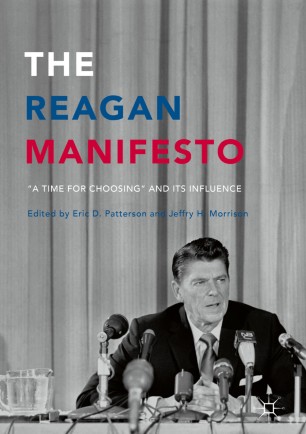 “A Time for Choosing” and its Influence

This book examines how Ronald Reagan’s electrifying 1964 televised speech, “A Time For Choosing,” ignited the conservative movement within the GOP. Ronald Reagan’s televised speech, or what many conservatives today simply call “The Speech,” was a call for action, telling Americans that now was “A Time for Choosing.” “The Speech” catapulted Reagan into national politics, the California governorship, and ultimately the presidency. The themes of the speech, including anti-Communism, strong national defense, and the need to protect the average American from taxes and bureaucracy, ignited the conservative movement in the GOP, resulting over time in the sidelining of the more liberal, establishment wing of the Republican Party. The contributors in this edited volume show how Ronald Reagan’s “coming out” speech on the national stage helped set the political agenda for the next three decades.