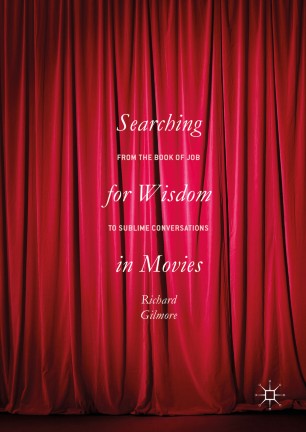 Searching for Wisdom In Movies

From the Book of Job to Sublime Conversations

In this volume, Richard Gilmore explores film as a channel through which to engage in philosophical reflection and analyzes the relationship between philosophy and film. This book argues that philosophy and film can and should be used for the amelioration of life’s difficulties and the promotion of life’s boons. Gilmore identifies how philosophy and film complement and enrich one another and explores their relationship by connecting classic wisdom texts to significant movies. For example, the volume analyzes the Coen brothers’ films The Big Lebowski and A Serious Man in light of The Book of Job. Gilmore considers the ancient idea of philosophy as “spiritual exercise” and a way of life. The volume concludes by examining what the author labels “sublime conversations” as the highest expression of philosophy. The book identifies and dissects these conversations in movies directed by the likes of Robert Bresson, Yasujirō Ozu, Jean-Luc Godard, and Ingmar Bergman, among others.