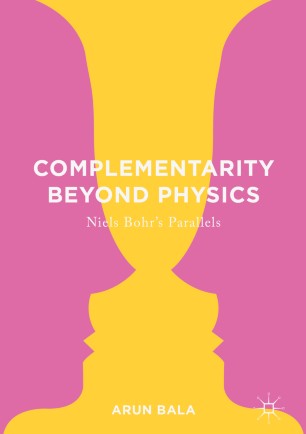 In this study Arun Bala examines the implications that Niels Bohr’s principle of complementarity holds for fields beyond physics. Bohr, one of the founding figures of modern quantum physics, argued that the principle of complementarity he proposed for understanding atomic processes has parallels in psychology, biology, and social science, as well as in Buddhist and Taoist thought. But Bohr failed to offer any explanation for why complementarity might extend beyond physics, and his claims have been widely rejected by scientists as empty speculation. Scientific scepticism has only been reinforced by the naïve enthusiasm of postmodern relativists and New Age intuitionists, who seize upon Bohr’s ideas to justify anti-realist and mystical positions.
Arun Bala offers a detailed defence of Bohr’s claim that complementarity has far-reaching implications for the biological and social sciences, as well as for comparative philosophies of science, by explaining Bohr’s parallels as responses to the omnipresence of grown properties in nature.

Arun Bala is a physicist and philosopher of science. He is the author of The Dialogue of Civilizations in the Birth of Modern Science, the editor of Asia, Europe and the Emergence of Modern Science, and co-editor of The Bright Dark Ages: Comparative and Connective Perspectives. He has held teaching and visiting positions at the National University of Singapore as well as the University of Toronto, Western University, and Dalhousie University, Canada.

“Taking as a jumping-off point the attempts Niels Bohr made to extend his ideas about complementarity to fields unrelated to physics, the author asks whether the parallels between Bohr’s thinking and some of the central themes of traditional Indian and Chinese philosophy are as fanciful as many have claimed. In the course of answering ‘no,’ he takes us on a delightful tour of some basic questions in biology, psychology, anthropology, and economics, and pleads for a deeper appreciation of the relation between humans and the natural world. You don’t have to be a professional physicist or historian of science to enjoy this book.” (Sir Anthony J. Leggett, Nobel Laureate in Physics)

“In the 1920s physicists in Europe made the startling discovery that light could behave like particles, and electrons like waves. The East-West angle in this discovery was quickly recognized by Bohr, who propounded an epistemology of ‘complementarity’ that the observed wave-particle duality implied, and drew parallels with classical Eastern thought in epistemology. Arun Bala takes us through the lively and intense debates this discovery triggered right down to the recent ‘science wars’ between the natural and social scientists.  His story is told in lucid, readable prose which makes epistemology cease to be a dry philosophical concern and become a live, absorbing subject.” (Roddam Narasimha, Fellow of the Royal Society and Padma Vibhushan honoree)

“This book offers a fantastically broad scope and a pair of unifying hypotheses that are intended to provide an architecture of knowledge for a wide range of disciplines.” (Andrew Brennan, Pro-Vice Chancellor—Research, La Trobe University)