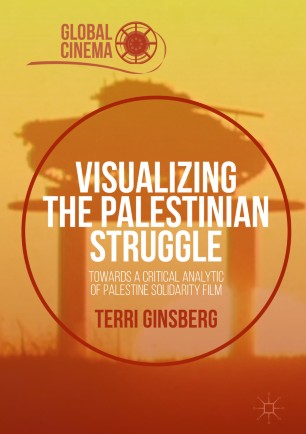 Towards a Critical Analytic of Palestine Solidarity Film

This book offers a much-needed focus on Palestine solidarity films, supplying a critical theoretical framework whose intellectual thrust is rooted in the challenges facing scholars censored for attempting to rectify and reverse the silencing of a subject matter about which much of the world would remain uninformed without cinematic and televisual mediation. Its innovative focus on Palestine solidarity films spans a selected array of works which began to emerge during the 1970s, made by directors located outside Palestine/Israel who professed support for Palestinian liberation. Visualizing the Palestinian Struggle analyzes Palestinian solidarity films hailing from countries such as Canada, the United Kingdom, Egypt, Iran, Palestine/Israel, Mexico, and the United States. Visualizing the Palestinian Struggle is an effort to insist, constructively, upon a rectification and reversal of the glaring and disproportionate minimization and distortion of discourse critical of Zionism and Israeli policy in the cinematic and televisual public sphere.