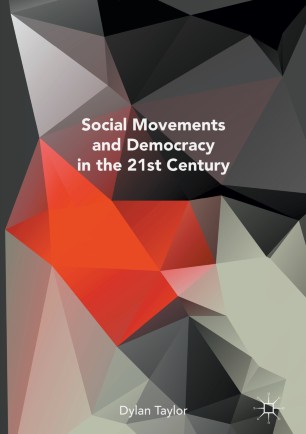 Social Movements and Democracy in the 21st Century

This book contends that the impasse of the Left today is in part, a result of an anarchist ‘common sense’ among activists. The author argues that the vital dynamics of anarchism and social movements need to be combined with a reappraisal of the Communist party and state. While cynicism towards capitalism and existing political institutions is plentiful, this book argues that the Left appears mired in a reactive politics of resistance, unable to formulate programmes for substantive social change.

Drawing insights from the history of the Left, political economy, contemporary critical theory and an in-depth study of Occupy, the author provides concrete suggestions as to how the Left might ‘claim the twenty-first century’ and realise a more equitable social order. Social Movements and Democracy in the 21st Century challenges activists and scholars to rethink social movements and political organisation, and to actively work towards enduring social change. The book will be of interest to students and scholars of social movement studies, Left theory, critical theory, political sociology and Marxism, as well as anyone with an interest in ‘political change’.