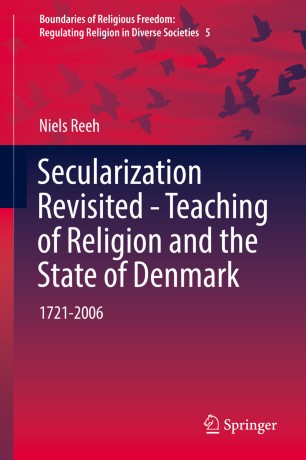 Secularization Revisited - Teaching of Religion and the State of Denmark

Since 2001, history has proven the classic and once dominant theories of secularization wrong. Instead of abandoning the subject of secularization, Secularization Revisited demonstrates how the collapse of formerly dominant secularization theories indicates fundamental conceptual challenges within sociology. This theoretical and empirical analysis argues that sociology of religion as well as sociology in general should pay more attention to the vital external and internal interests of the state, state-form and state-agency.

In the first part of the book, Niels Reeh argues that inter-religious dynamics and state agency in particular have been neglected by the sociology of religion. Reeh then proposes a new analytical framework that can incorporate these two elements into the analysis.

In the second part of the book, Reeh applies the analytical framework and presents the first long-term historical sociological case study of the teaching of religion in a European state. His study of the political decision-making concerning the teaching of religion in Denmark from 1721 to 2006 reveals that the Danish state's interest in the religion of its inhabitants to have been dependent on the external relations of the state and the state-form. On this basis, Reeh shows that the changing state interest in the religion of its inhabitants is a crucial factor both behind the decline of the social significance of religion from 1720 to the 1990s, and behind its increase in the years following 2001. Consequently, Reeh argues that sociology should abandon unidirectional theories of secularization and instead shift to studies of historical religious change.

The book is intended for students and scholars of religion, sociology, educational history and history in general (as well as the general public).