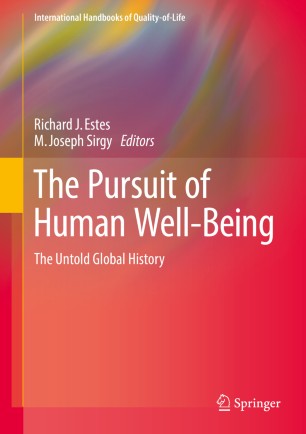 The Pursuit of Human Well-Being

This handbook informs the reader about how much progress we, the human race, have made in enhancing the quality of life on this planet. Many skeptics focus on how the quality of life has deteriorated over the course of human history, particularly given World War II and its aftermath. This handbook provides a positive perspective on the history of well-being. Quality of life, as documented by scientists worldwide, has significantly improved. Nevertheless, one sees more improvements in well-being in some regions of the world than in others. Why? This handbook documents the progress of well-being in the various world regions as well as the differences in those regions. The broad questions that the handbook addresses include: