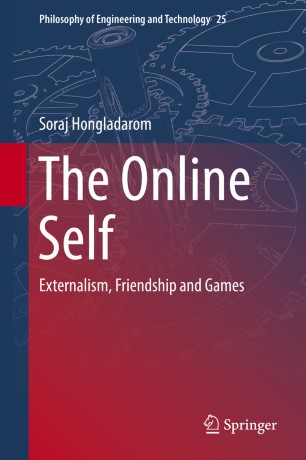 Part of the Philosophy of Engineering and Technology book series (POET, volume 25)

This book investigates the emerging phenomenon of the self as it exists in the online world. It argues for an externalist conception of self and identity, one that does not depend on the continuity of consciousness of the subject. It also offers an analysis of related phenomenon such as online friendship and games based on this analysis. An outstanding feature of social networking sites such as Facebook and MySpace is that it allows for the user to put forward their “selves” or their identity onto the Internet and use the online self as an anchor to connect with any number of “friends” each of whom also has their own online selves. A number of questions then arise which are deeply conceptual and philosophical in nature: What is the metaphysical nature of this emerging online self? Is it the same or fundamentally different from the “offline” self with which we are already familiar? Since increasing numbers of  people are connected to the online world, this world itself seems to be taking on a reality of its own. This much has been appreciated by a number of scholars in the field. However,there seems to be lacking a systematic study of the philosophical and metaphysical nature of the self that has become a key element in cyberspace, a key topicwhich this volume addresses. Apart from the problem of constitution of the online self, this volume addresses related questions concerning personal identity in the online world and scrutinizes computer games and the characteristics that they share with social networking sites. Unlike the majority of the existing literature, which discusses the topic from a more social scientific perspective, this volume fills the lacuna of a philosophical and theoretical study of the online world.​

Soraj Hongladarom is an associate professor of philosophy at Chulalongkorn University in Bangkok, Thailand. He has published books and articles on such diverse issues as bioethics, computer ethics and the roles that science and technology play in the culture of developing countries. His concern is mainly on how science and technology can be integrated into the life-world of the people in the so-called Third World countries and what kind of ethical considerations can be obtained from such relation. A large part of this question concerns how information technology is integrated in the lifeworld of the Thai people and especially how such integration is expressed in the use of information technology in education. He has organized the second and third Asia-Pacific Computing and Philosophy conferences at Chulalongkorn University in 2005 and 2007. His works have appeared in The Information Society, AI & Society, Philosophy in the Contemporary World and Social Epistemology, among others.