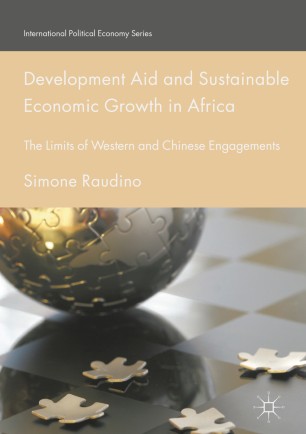 The Limits of Western and Chinese Engagements

This book offers an original analysis of the long-term impact of western and Chinese economic and development cooperation policies in Africa. It argues that western Official Development Assistance (ODA) has failed to create viable and autonomous economies in beneficiary countries not (only) because of corruption, inefficiencies and cultural differences, but because it was never meant to do so. Raudino demonstrates, rather, that it was always designed to provide relief measures and nurture political relations rather than create genuinely industrialized and self-reliant economies. Similarly, by analyzing the nature of Chinese economic investments in Africa the author shows that China’s governmental policies hardly represent a revolutionary departure from the cooperation standards set by the West. In making these observations he also taps into the broader question of why wealth continues to be generated unequally across the world. Based on extensive fieldwork, quantitative economic analysis and historical qualitative research, this thought-provoking work will appeal to students and scholars of politics, economics and development studies, as well as to those involved more directly in the aid process.
Endorsements:
‘Simone Raudino makes a compelling and thought-provoking case against traditional wisdoms on the differences between Western and Chinese approaches to Africa. I have no doubt this book will be recognized as a game-changer.’
- Tembi Tambo, South African Ambassador to Italy
‘Development Aid and Sustainable Economic Growth in Africa represents an original piece of the development economic literature resulting from over a dozen years of work in the field, vast historical research and intimate knowledge of Official Development Assistance policies.’
– Patrick Simonnet, EU Ambassador to Iraq