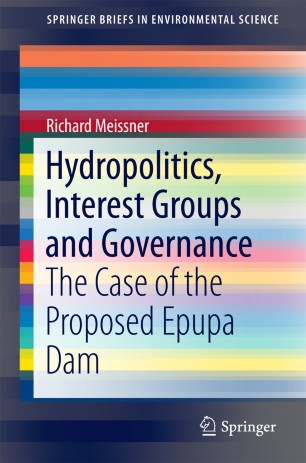 The Case of the Proposed Epupa Dam

This book investigates the role that interest groups have played over the years in influencing the government of Namibia, the World Bank, the European Union and project implementation authorities to not construct the proposed Epupa Hydroelectric Power Station on the Kunene River in the Baynes mountains, a region on the border between Namibia and Angola. Some of the issues brought forward by the interest groups are the socio-economic impact the dam would have on the OvaHimba, as well as negative consequences for the river’s aquatic and terrestrial environment. This book argues that interest groups and individuals have the ability to influence the above-mentioned institutions, and to such an extent that water politics and governance are not exclusively the domain of state institutions. As such, it argues that communal interest groups, living in remote parts of the world, can influence state institutions at various political scales.