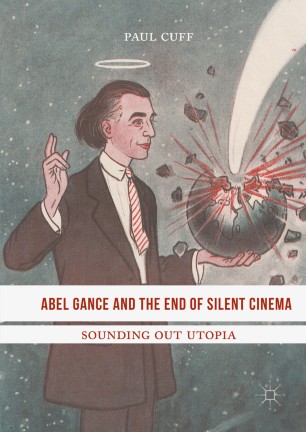 Abel Gance and the End of Silent Cinema

This book explores the creation and destruction of Abel Gance’s most ambitious film project, and seeks to explain why his meteoric career was so nearly extinguished at the end of silent cinema. By 1929, Gance was France’s most famous director. Acclaimed for his technical innovation and visual imagination, he was also admonished for the excessive length and expense of his productions. Gance’s first sound film, La Fin du Monde (1930), was a critical and financial disaster so great that it nearly destroyed his career. But what went wrong? Gance claimed it was commercial sabotage whilst critics blamed the director’s inexperience with new technology. Neither excuse is satisfactory. Based on extensive archival research, this book re-investigates the cultural background and aesthetic consequences of Gance’s transition from silent filmmaking to sound cinema. La Fin du Monde is revealed to be only one element of an extraordinary cultural project to transform cinema into a universal religion and propagate its power through the League of Nations. From unfinished films to unrealized social revolutions, the reader is given a fascinating tour of Gance’s lost cinematic utopia.