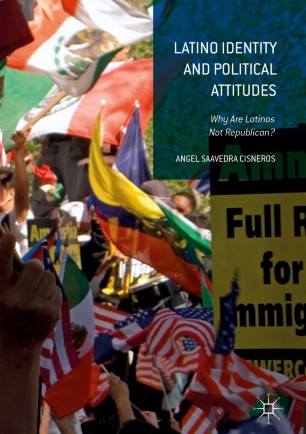 Why Are Latinos Not Republican?

This book explores the forces that shape Latino political preferences, arguing that social identities are at the center of Latino partisanship.  Despite hopes of the Republican Party for bringing in Latinos through religious and moral issues, Latinos in America consistently side with the Democratic Party. Two possible explanations based on social identity emerge as theories of Latino partisanship. The first possibility is that Latinos behave as a single-issue public driven politically by the issue of immigration. A thorough exploration of this possibility in part two of the book finds very little evidence to justify treating Latinos as a single-issue public. The second explanation, presented in part three, relies more heavily on the concept of social identities. Latino pan-ethnic identity emerges as one of multiple identities available to Latinos in America. These multiple, diverse, and overlapping identities are the force behind Latino partisanship. Latino ethnic identity trumps the impact of religious identities in making Latinos more Democratic.