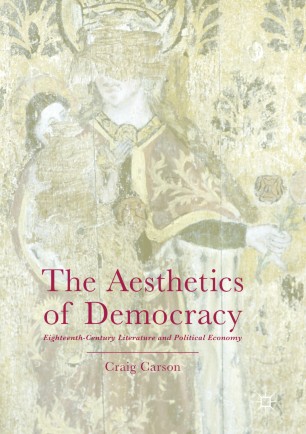 The Aesthetics of Democracy

This book offers an original and interdisciplinary interpretation of the relation between aesthetics and modern liberal democracy, uniting the fields of art theory with the democratic political philosophy and modern liberal economic theory. The central argument of the books offers an explanation of the theoretical limitations of the contemporary discourse concerning “political art,” while at the same time illustrating historically how the European and American discourse of modern democracy and political economy developed an explicit stance against the conflation of art and politics. Exposing the unstated presuppositions about our modern liberal democracy, Craig Carson opens a new field of inquiry concerning the role of art, media, and televisual “theater” central to modern politics.