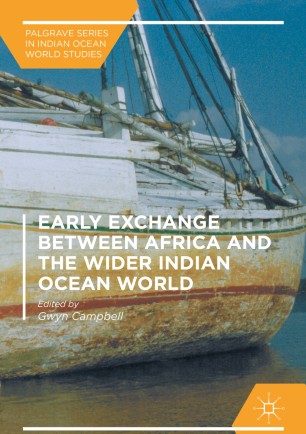 Early Exchange between Africa and the Wider Indian Ocean World

This volume comprises a selection of essays by scholars from a variety of disciplines that discuss the exchange relationship between Africa and the wider Indian Ocean world (IOW), a macro-region running from East Africa to China, from early times to about 1300 CE. The rationale for regarding this macro-region as a “world” is the central significance of the monsoon system which facilitated the early emergence of long-distance trans-IOW maritime exchange of commodities, peoples, plants, animals, technologies and ideas.