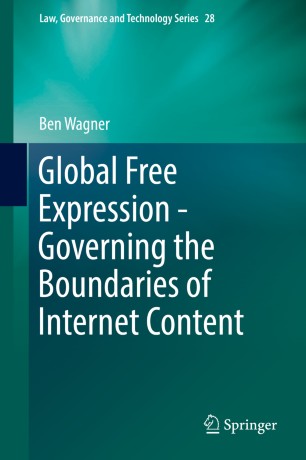 This book examines the changes in the governance of human expression as a result of the development of the Internet. It tells the story of the emergence of a global regime that almost completely lacks institutions, and develops a concept of ‘expression governance’ that focusses on the governance practices of key actors in Europe and North America. The book illuminates the increased disciplinary capacity of the Internet infrastructure that has become apparent to the public following Edward Snowden’s leaks in 2013, and provides a theoretical frame within which such changes can be understood. It argues that the Internet has developed a ‘global default’ of permissible speech that exists pervasively across the globe but beyond the control of any one actor. It then demonstrates why the emergence of such a ‘global default’ of speech is crucial to global conflict in the international relations of the Internet. The book concludes with an elaboration of the regulatory practices and theatrical performances that enable a global regime as well as the three key narratives that are embedded within it.