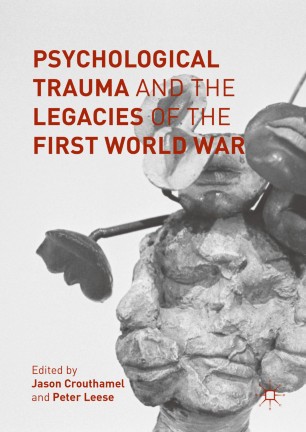 Psychological Trauma and the Legacies of the First World War

This transnational, interdisciplinary study of traumatic neurosis moves beyond the existing histories of medical theory, welfare, and symptomatology. The essays explore the personal traumas of soldiers and civilians in the wake of the First World War; they also discuss how memory and representations of trauma are transmitted between patients, doctors and families across generations. The book argues that so far the traumatic effects of the war have been substantially underestimated. Trauma was shaped by gender, politics, and personality. To uncover the varied forms of trauma ignored by medical and political authorities, this volume draws on diverse sources, such as family archives and narratives by children of traumatized men, documents from film and photography, memoirs by soldiers and civilians. This innovative study challenges us to re-examine our approach to the complex psychological effects of the First World War.

Jason Crouthamel is an Associate Professor of history at Grand Valley State University, USA. He is the author of An Intimate History of the Front: Masculinity, Sexuality and German Soldiers in the First World War (2014) and The Great War and German Memory: Society, Politics and Psychological Trauma, 1914-1945 (2009). He is also the co-editor, with Peter Leese, of Traumatic Memories of World War Two and After (2016).

Peter Leese is Associate Professor of History at the University of Copenhagen, Denmark. His publications include Shell Shock: Traumatic Neurosis and the British Soldiers of the First World War (2002), Britain Since 1945: Aspects of Identity (2006). Together with Jason Crouthamel he is also the co-editor of Traumatic Memories of World War Two and After (2016).

“This volume is an important … addition to the myriad histories of trauma and opens new avenues for research about disabled veterans in modern societies. … Crouthamel and Leese have put forth an important collection. And though the field of trauma studies already has a vibrant historiography, it seems to have an equally rich future if this volume is any indication.” (Evan Sullivan, H-Net Reviews, h-net.org, March, 2021)