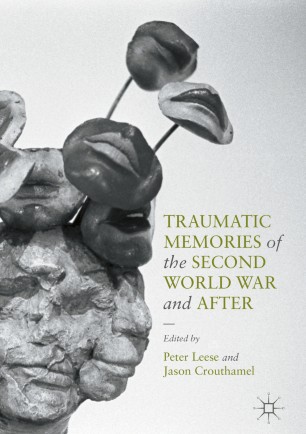 Traumatic Memories of the Second World War and After

This collection investigates the social and cultural history of trauma to offer a comparative analysis of its individual, communal, and political effects in the twentieth century. Particular attention is given to witness testimony, to procedures of personal memory and collective commemoration, and to visual sources as they illuminate the changing historical nature of trauma. The essays draw on diverse methodologies, including oral history, and use varied sources such as literature, film and the broadcast media. The contributions discuss imaginative, communal and political responses, as well as the ways in which the later welfare of traumatized individuals is shaped by medical, military, and civilian institutions. Incorporating innovative methodologies and offering a thorough evaluation of current research, the book shows new directions in historical trauma studies.

Peter Leese is Associate Professor of History at the University of Copenhagen, Denmark. His publications include Shell Shock: Traumatic Neurosis and the British Soldiers of the First World War (2002), and Britain Since 1945: Aspects of Identity (2006). Together with Jason Crouthamel he is also the co-editor of Psychological Trauma and the Legacies of the First World War (2016).

Jason Crouthamel is an Associate Professor of History at Grand Valley State University, USA. He is the author of An Intimate History of the Front: Masculinity, Sexuality and German Soldiers in the First World War (2014) and The Great War and German Memory: Society, Politics and Psychological Trauma, 1914-1945 (2009). He is also the co-editor, with Peter Leese, of Psychological Trauma and the Legacies of the First World War (2016).