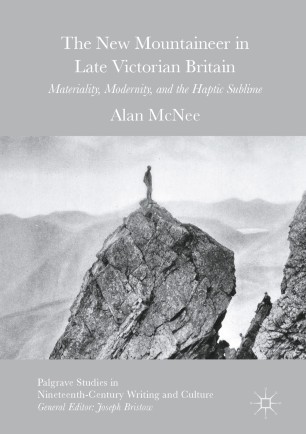 Materiality, Modernity, and the Haptic Sublime

This book is about the rise of a new ethos in British mountaineering during the late nineteenth century. It traces how British attitudes to mountains were transformed by developments both within the new sport of mountaineering and in the wider fin-de-siècle culture. The emergence of the new genre of mountaineering literature, which helped to create a self-conscious community of climbers with broadly shared values, coincided with a range of cultural and scientific trends that also influenced the direction of mountaineering. The author discusses the growing preoccupation with the physical basis of aesthetic sensations, and with physicality and materiality in general; the new interest in the physiology of effort and fatigue; and the characteristically Victorian drive to enumerate, codify, and classify. Examining a wide range of texts, from memoirs and climbing club journals to hotel visitors’ books, he argues that the figure known as the ‘New Mountaineer’ was seen to embody a distinctly modern approach to mountain climbing and mountain aesthetics.

Alan McNee is a former journalist. He completed his PhD at Birkbeck, University of London in 2013. His first book was a biography of the Victorian journalist, showman, and traveller, Albert Smith.

“McNee’s contribution to the field of sport literature brings closer attention to the ongoing and shifting nature of the sublime and how mountains were known by mountaineers as well as in climbing literature. Researchers will find reading for mountaineering and physical culture studies and related Victorian British literature and tourism … the book appeals to readers with interests in aesthetics, science, the sporting body, also revealing the ongoing intrigue of mountains and the sublime.” (PearlAnn Reichwein, Journal of Sport History, Vol. 45 (03), 2018)
Buy options