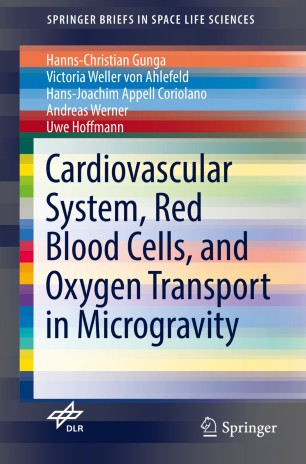 This book comprehensively describes the physiological changes and consequences that occur in humans during spaceflight. It specifically explains the adaptations of the cardiovascular and the respiratory system. Specific changes occurring after 10, 20 or more days in space are presented. Furthermore, the book explains various effective countermeasures that are required upon return of the astronauts to Earth.

The book is a must-have for all biomedical and clinical researchers in the field of cardiovascular biology and respiration, and a fascinating reading for all interested laymen, who wish to understand a bit more about spaceflight research and technology.

Prof. Dr. med. Dipl. geol. Hanns-Christian Gunga is Full Professor of Physiology at the Charite University Medicine Berlin, Director of the Department of Physiology, and Speaker of the Center for Space Medicine and Extreme Environments. His research deals with human adaptation to extreme environments (space, high altitude, diving, hot and cold climate, exercise, history of science) and evolutionary aspects of this topic. He has been Principal Investigator (PI) of several micro-g related studies on ground and in space. Currently he is PI of ESA/DLR experiment “Circadian Rhythms“ on the International Space Station (ISS).

Prof. Dr. Hans-Joachim Appell Coriolano studied Exercise Science and Theoretical Medicine, he is Professor for Functional Anatomy at the Department of Physiology and Anatomy of the German Sport University Cologne and Visiting Professor at the University of Porto, where he received an honorary doctoral degree. Since many years he is the responsible editor of the International Journal of Sports Medicine.

Dr. sportwiss. Uwe Hoffmann is senior researcher at German Sport University Cologne, Institute of Physiology and Anatomy, Germany. Since 1985 he is involved in Space physiology and assigned primary and co-investigator in several projects focused on exercise and training in Space and other extreme environments. His expertises are spiroergometric methods to evaluate metabolic, respiratory and cardiovascular control. Dr. Hoffmann is member of the “Zentrum für Integrative Physiology im Weltraum (ZiP)” – Center for Health and Integrative Physiology in Space, Cologne, Germany

Victoria Weller von Ahlefeld completed a Bachelor of Science in Astrophysics at the University of Edinburgh. Before pursuing a Master of Science in Applied Physics at Columbia University she worked as a research assistant at the Center for Space Medicine and Extreme Environments at Charité Berlin. During this time she focused on human physiology in space.

Dr. med Andreas Werner. As a member of the military services of the German Air Force since 1990, Andreas Werner studied human medicine at the University of Regensburg and the Heinrich-Heine-University in Düsseldorf (1992 – 1998). He became a general practitioner and a flight surgeon and underwent some international missions in Afghanistan and Africa. In 2007, he was sent to the Charité Berlin, Institute for Physiology and completed his education as a specialist in physiology in 2011. Under initiative and supervision of Prof. Gunga, he brought Thermolab on International Space Station in 2009. Today, he is working for the Center of Aerospace Medicine, German Air Force, at the Flight Physiology Training Center (Königsbrück, Saxony) as a flight physiologist and specialist for high altitude and acceleration medicine. He also contributes to different running projects as a visiting scientist at the Center for Space Medicine Berlin.