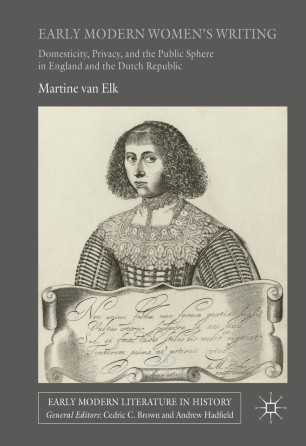 Domesticity, Privacy, and the Public Sphere in England and the Dutch Republic

This book is the first comparative study of early modern English and Dutch women writers. It explores women’s rich and complex responses to the birth of the public sphere, new concepts of privacy, and the ideology of domesticity in the seventeenth century. Women in both countries were briefly allowed a public voice during times of political upheaval, but were increasingly imagined as properly confined to the household by the end of the century. This book compares how English and Dutch women responded to these changes. It discusses praise of women, marriage manuals, and attitudes to female literacy, along with female artistic and literary expressions in the form of painting, engraving, embroidery, print, drama, poetry, and prose, to offer a rich account of women’s contributions to debates on issues that mattered most to them.