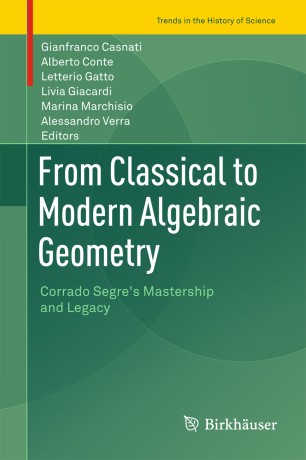 From Classical to Modern Algebraic Geometry

One of the book's most unique features is the inclusion of a previously unpublished manuscript by Corrado Segre, together with a scientific commentary. Representing a prelude to Segre's seminal 1894 contribution on the theory of algebraic curves, this manuscript and other important archival sources included in the essays shed new light on the eminent role he played at the international level.

This volume will appeal to scholars in the History of Mathematics, as well as to researchers in the current subfields of Algebraic Geometry.