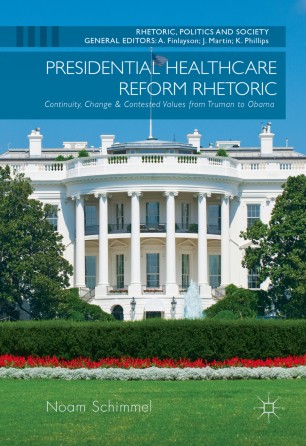 This book analyzes the rhetorical strategies employed by the four Democratic presidents, Truman, Johnson, Clinton and Obama, who tried to expand access to and affordability of healthcare in the United States. It considers how they made such arguments, the ethics they advanced, and the vision of America they espoused. The author combines rhetoric analysis, policy analysis, and policy history to illuminate the dynamic nature of the way American presidents have imagined the moral and social bonds of the American people and their exhortations for governance and policy to reflect and honor these bonds and obligations. Schimmel illustrates how Democratic presidents invoke positive liberty and communitarian values in direct challenge to opposing conservative ideologies of limited government and prioritization of negative liberty and their increasing prominence in the post-Reagan era. He also draws attention to the ethical and policy compromises entailed by the usage of specific rhetorical strategies and their resulting discursive effects.