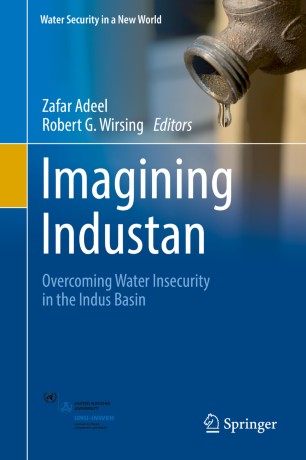 This volume calls upon over a dozen Indus observers to imagine a scenario for the Indus basin in which transboundary cooperation over water resources overcomes the insecurity arising from water dependence and scarcity. From diverse perspectives, its essays examine the potential benefits to be gained from revisiting the 1960 Indus Waters Treaty, as well as from mounting joint efforts to increase water supply, to combat climate change, to develop hydroelectric power, and to improve water management.

The Indus basin is shared by four countries (Afghanistan, China, India, and Pakistan). The basin’s significance stems in part simply from the importance of these countries, three of them among the planet’s most populous states, one of them boasting the world’s second largest economy, and three of them members of the exclusive nuclear weapons club. However, the basin’s significance stems also from the great importance of the Indus waters themselves – due especially to the region’s massive dependence on irrigated agriculture as well as to the menace of climate change and advancing water scarcity.

The “Industan” this volume imagines is a definite departure from business as usual responses to the Indus basin’s emerging fresh water crisis. The objective is to kindle serious discussion of the cooperation needed to confront what many water experts believe is developing into one of the planet’s most gravely threatened river basins. It is thus both assessment of the current state of play in regard to water security in the Indus basin and recommendation about where to go from here.