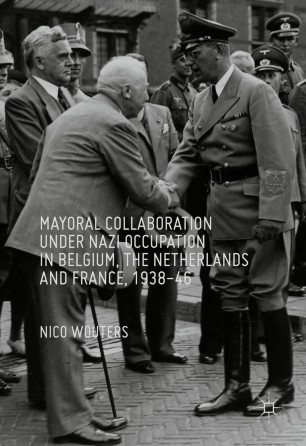 Mayoral Collaboration under Nazi Occupation in Belgium, the Netherlands and France, 1938-46

This book explores the role of mayors in navigating the realities of living and governing under Nazi occupation. In Western Europe under Nazi occupation, mayors of villages and cities were forced into strategic cooperation with the occupier. Mayors had to provide good governance, mediate between occupier and populations, maintain personal legitimacy, and build local consensus. However, as national systems underwent authoritarian reform and collaborationists infiltrated administrations, local governments were gradually turned into instruments of Nazi control and repression. Nico Wouters uses rich new archival data to compare the realities of local government in three countries. Looking at topics such as food supply, public order and safety, forced labour, the repression of resistance, the persecution of the Jews and post-war purges, this book redefines our knowledge of collaboration, resistance and accommodation during Nazi occupation.