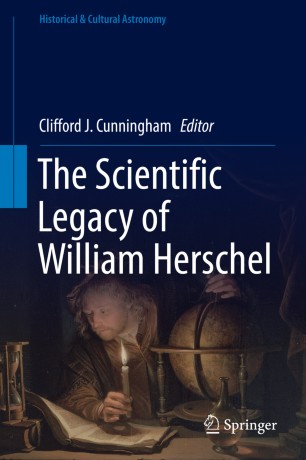 The Scientific Legacy of William Herschel

This book presents a modern scholarly analysis of issues associated with England’s most famous astronomer, William Herschel. The world’s leading experts on Herschel, discoverer of the planet Uranus, here offer their combined wisdom on many aspects of his life and astronomical research. Solar system topics include comets, Earth’s Moon, and the spurious moons of Uranus, all objects whose observation was pioneered by Herschel.

The contributors examine his study of the structure of the Milky Way and an in-depth look at the development of the front view telescopes he built. The popular subject of extraterrestrial life is looked at from the point of view of both William Herschel and his son John, both of whom had an interest in the topic. William’s personal development through the educational system of the late eighteenth-century is also explored, and the wide range of verse and satire in various languages associated with his discoveries is collected here for the first time. Hershel worked at a time of incredible discovery, and his work is still highly regarded in the field. Here it is given a thorough investigation which puts into context and perspective his path breaking career.