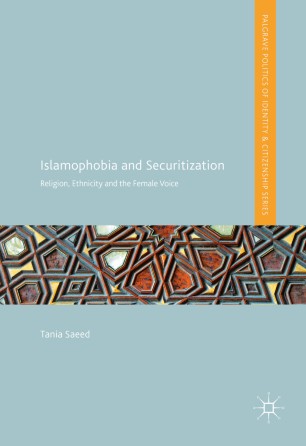 Religion, Ethnicity and the Female Voice

This book explores everyday realities of young Muslim women in Britain, who are portrayed as antithetical to the British way of life in media and political discourse. The book captures how geo-political events, and national tragedies continue to implicate individuals and communities at the domestic and local level, communities that have no connection to such tragedies and events, other than being associated with a religio-ethnic identity. The author shows how Muslim women are caught within the spectrum of the vulnerable-fanatic, always perceived to be ‘at risk’ of being 'radicalized'. Focusing on educated Muslim females, the book explores experiences of Islamophobia and securitization inside and outside educational institutions, and highlights individual and group acts of resistance through dialogue, with Muslim women challenging the metanarrative of insecurity and suspicion that plagues their everyday existence in Britain. Islamophobia and Securitization will be of inte

rest to scholars and students researching Muslims in the West, in particular sociologists, anthropologists, and political scientists. It will also appeal to analysts and academics researching security and terrorism, race and racialization, as well as gender, immigration, and diaspora.