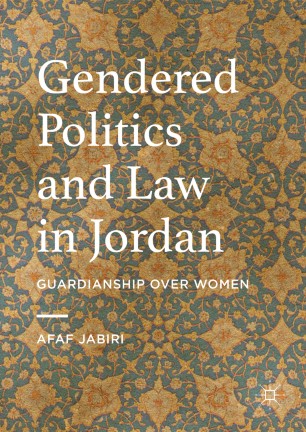 Gendered Politics and Law in Jordan

This book analyzes how the state constructs and reproduces gender identities in the context and geopolitics of Jordan. Guardianship over women is examined as not only the basis of women’s legal and social subordination, but also a key factor in the construction and reproduction of a gender hierarchy system. Afaf Jabiri probes how a masculine state gives power and legitimacy through guardianship to institutions—including family, religion, and tribe—in managing, producing, and constructing gender identity. Does the masculine institution succeed in imposing a dominant form of femininity? Or are there ways by which women escape and resist the social and legal construction of femininity? Based on over 60 case studies of contemporary women in Jordan, the book additionally examines how the resultant strategies and tactics developed by women in Jordan are influenced by and affect their status within the guardianship system.