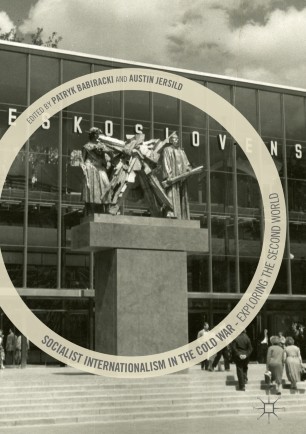 Socialist Internationalism in the Cold War

This volume examines how numerous international transfers, circulations, and exchanges shaped the world of socialism during the Cold War. Over the course of half a century, the Soviets shaped politics, values and material culture throughout the vast space of Eurasia, and foreign forces in turn often influenced Soviet policies and society. The result was the distinct and interconnected world of socialism, or the Socialist Second World. Drawing on previously unavailable archival sources and cutting-edge insights from “New Cold War” and transnational histories, the twelve contributors to this volume focus on diverse cultural and social forms of this global socialist exchange: the cults of communist leaders, literature, cinema, television, music, architecture, youth festivals, and cultural diplomacy. The book’s contributors seek to understand the forces that enabled and impeded the cultural consolidation of the Socialist Second World.  The efforts of those who created this world, and the limitations on what they could do, remain key to understanding both the outcomes of the Cold War and a recent legacy that continues to shape lives, cultures and policies in post-communist states today.