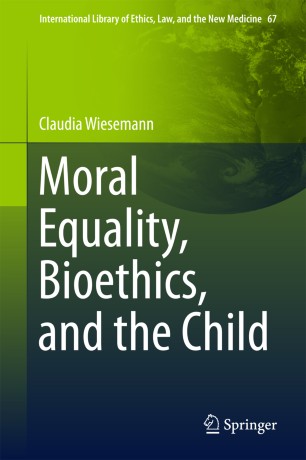 Moral Equality, Bioethics, and the Child

Part of the International Library of Ethics, Law, and the New Medicine book series (LIME, volume 67)

Presenting real life cases from clinical practice, this book claims that children can be conceived of as moral equals without ignoring the fact that they still are children and in need of strong family relationships. Drawing upon recent advances in childhood studies and its key feature, the ‘agentic child’, it uncovers the ideology of adultism which has seeped into much what has been written about childhood ethics. However, this book also critically examines those positions that do accord moral equality to children but on grounds not strong enough to support their claim. It lays the groundwork for a theory of moral equality by assessing the concepts of parenthood, family, best interest, paternalism, and, above all, autonomy and trust which are so important in envisioning what we owe the child. It does not only show how children – like adults – should be considered moral agents from infancy but also how ethical theories addressing adults can significantly profit from recognizing this. The analysis takes into account contributions from European as well as American scholars and makes use of a wide range of ethical, psychological, cultural, and social-scientific research.