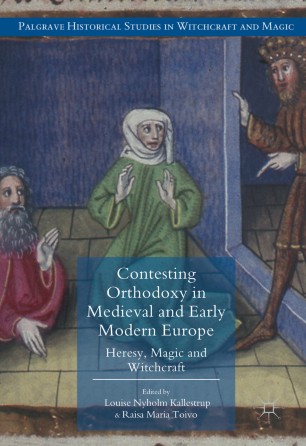 This book breaks with three common scholarly barriers of periodization, discipline and geography in its exploration of the related themes of heresy, magic and witchcraft. It sets aside constructed chronological boundaries, and in doing so aims to achieve a clearer picture of what ‘went before’, as well as what ‘came after’. Thus the volume demonstrates continuity as well as change in the concepts and understandings of magic, heresy and witchcraft. In addition, the geographical pattern of similarities and diversities suggests a comparative approach, transcending confessional as well as national borders. Throughout the medieval and early modern period, the orthodoxy of the Christian Church was continuously contested. The challenge of heterodoxy, especially as expressed in various kinds of heresy, magic and witchcraft, was constantly present during the period 1200-1650. Neither contesters nor followers of orthodoxy were homogeneous groups or fractions. They themselves and their ideas changed from one century to the next, from region to region, even from city to city, but within a common framework of interpretation. This collection of essays focuses on this complex.