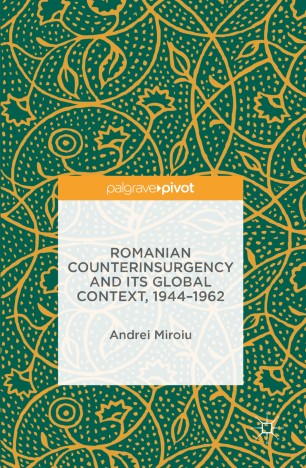 Romanian Counterinsurgency and its Global Context, 1944-1962

This book analyses the nationalist rebellion which emerged in Romania following the Second World War. The first two decades after the end of the war were times of rebellion in imperial peripheries. Armed movements, sometimes communist but nearly always nationalist in orientation, rose in opposition to retreating or advancing imperial powers. One such armed revolt took place in Romania, pitting nationalist partisans against a communist government. This book is an analysis of how the authorities crushed this rebellion, set in the context of parallel campaigns fought in Europe and the Third World. It focuses on population control through censorship, propaganda and deportations. It analyses military operations, particularly patrols, checkpoints, ambushes and informed strikes. Intelligence operations are also discussed, with an emphasis on recruiting informants, on interrogation, torture and infiltration. Bullets, brains and barbwire, not “hearts and minds” approaches, crushed internal rebels in post-1945 campaigns.

Andrei Miroiu’s research has been published in Studies in Conflict & Terrorism, Small Wars & Insurgencies, Perspectives in Politics and Cambridge Review of International Affairs.