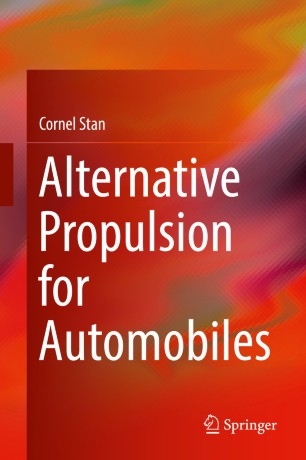 The book presents – based on the most recent research and development results worldwide -  the perspectives of new propulsion concepts such as electric cars with batteries and fuel cells, and furthermore plug in hybrids with conventional and alternative fuels. The propulsion concepts are evaluated based on specific power, torque characteristic, acceleration behaviour, specific fuel consumption and pollutant emissions. The alternative fuels are discussed in terms of availability, production, technical complexity of the storage on board, costs, safety and infrastructure.

The book presents summarized data about vehicles with electric and hybrid propulsion.

The propulsion of future cars will be marked by diversity – from compact electric city cars and range extender vehicles for suburban and rural areas up to hybrid or plug in SUV´s, Pick up´s and luxury class automobiles.

Professor Cornel Stan is Chairman of the Research and Technology Association at the West Saxon University of Zwickau, Germany, since 1994. He received the Diploma in Aeronautical Engineering from the Technical University of Bucharest, Romania in 1976, the Ph.D. in Internal Combustion Engines in 1984 from the University of Zwickau, Germany and the Doctor of Sciences in Automotive Engineering from the same University in 1989.
He gives lectures in Applied Thermodynamics, Internal Combustion Engines and Alternative Propulsion Systems at the West Saxon University of Zwickau, Germany as well as in the Universities of Paris (F), Pisa (I), Perugia (I), Kronstadt (Ro), Berkeley (USA). His research fields comprise the Automotive Propulsion Systems, the Direct Injection Systems, the Simulation of Thermodynamic Processes, Combustion Processes, Alternative Fuels and the Energy Management on Board of Automobiles. He is author or co-author of 27 books in Germany and in the USA as well as of 150 technical papers and 40 patents (Stand 2014). Cornel Stan is Honorary Professor and Doctor Honoris Causa of the University Transilvania of Brasov, Romania; Russel Severance Springer Professor of Mechanical Engineering at the Berkeley University of California, USA and Fellow of SAE International.