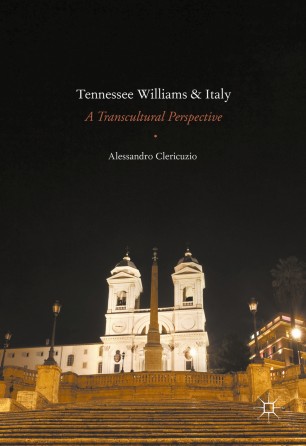 This book reveals for the first time the import of a huge network of connections between Tennessee Williams and his beloved land of election, Italy.

America's most thought-provoking playwright loved Italy more than any other country outside the U.S. and was deeply influenced by its culture for most of his life. Anna Magnani's film roles in the 1940s, Italian Neo-realist cinema, the theatre of Eduardo De Filippo, as well as the actual experience of Italian life and culture during his long stays in the country were some of the elements shaping his literary output. Through his lover Frank Merlo, he also had first-hand knowledge of Italian-American life in Brooklyn.

Tracing the establishment of his reputation with the Italian intelligentsia, as well as with theatre practitioners and with generations of audiences, the book also tells the story of a momentous collaboration in the theatre, between Williams and Luchino Visconti, who had to defy the unceasing control Italian censorship exerted on Williams for decades.

“The volume is mandatory reading for anyone interested in the international reception of post–World War II American writers and the beginnings of what has become the hegemony of international American culture.” (S. E. Gontarski, Modern Drama, Vol. 61 (1), 2018)
“Alessandro Clericuzio's transcultural study not only fills gaps in our knowledge about the particulars of Williams's affinity for Italy, but also explores the chequered history of reception of Williams's work by Italian directors, audiences, critics, and censors.” (Felicia Hardison Londre, Theatre Journal, Vol. 69 (1), March, 2017)
Buy options