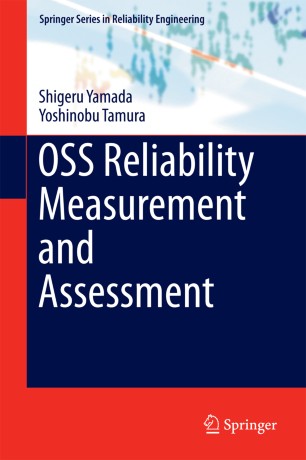 These measurement and management technologies are essential to producing and maintaining quality/reliable systems using OSS.

Dr. Shigeru Yamada received his B.S.E., M.S., and Ph.D. degrees from Hiroshima University, Japan in 1975, 1977, and 1985, respectively. Since 1993, he has been working as a Professor at the Department of Social Management Engineering, Graduate School of Engineering, Tottori University, Tottori-shi, Japan.

Dr. Yoshinobu Tamura received his B.S.E., M.S., and Ph.D. degrees from Tottori University in 1998, 2000, and 2003, respectively. From 2003 to 2006, he was a Research Assistant at Tottori University of Environmental Studies. From 2006 to 2009, he was a Lecturer and Associate Professor at the Faculty of Applied Information Science, part of Hiroshima Institute of Technology, Hiroshima, Japan. Since 2009, he has been working as an Associate Professor at the Graduate School of Science and Engineering, Yamaguchi University, Ube, Japan. His primary research interest is in reliability assessment for open source software. He is a member of the Institute of Electronics, Information and Communication Engineers of Japan, the Information Processing Society of Japan, the Operations Research Society of Japan, the Society of Project Management of Japan, and the IEEE.

Dr. Tamura received the Presentation Award at the Seventh International Conference on Industrial Management in 2004, the IEEE Reliability Society Japan Chapter Awards in 2007, the Research Leadership Award in the Area of Reliability from the ICRITO in 2010, and the Best Paper Award at the IEEE International Conference on Industrial Engineering and Engineering Management in 2012.