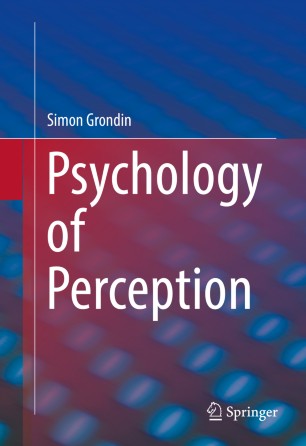 This book defines the terminology used in the fields of sensation and perception and describes the biological and physical bases required for understanding sensory experiences. It offers more specifically an introduction to the study of psychophysics, auditory perception, visual perception, and attention, and discusses the basic concepts and mechanisms used to interpret different perceptual phenomena.

Featured topics in this book:

Psychology of Perception is an essential resource for undergraduate and graduate students interested in studying sensation and perception.

Dr. Grondin is a Professor at the School of Psychology of Laval University, Québec. His research interests are mainly on timing and time perception, rhythm, psychological time, psychophysics, cognitive neurosciences, and the relative age effect in sports. He is a former editor of the Canadian Journal of Experimental Psychology (2006-2009) and a former associate editor of Attention, Perception and Psychophysics (2006-2015).