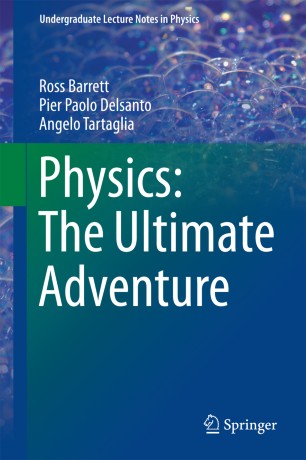 This book explains - in simple terms and with almost no math - the physics behind recent and glamorous discoveries in Cosmology, Quantum Mechanics, Elementary Particles (e.g. Higgs bosons) and Complexity Theory. En route it delves into the historical landmarks and revolutions that brought about our current understanding of the universe.

The book is written mainly for those with little scientific background, both college students and lay readers alike, who are curious about the world of modern physics. Unsolved problems are highlighted and the philosophical implications of the sometimes astounding modern discoveries are discussed. Along the way the reader gains an insight into the mindset and methodology of a physicist.

Formerly a Research Fellow and Lecturer at four universities in Australia and Germany, and Senior Principal Research Scientist at the Defence Science and Technology Organisation (DSTO) in Adelaide, he has published over 60 research papers in experimental nuclear physics, theoretical nuclear physics, atomic physics, signal processing, and underwater acoustics.

Full Professor (now retired) and Director of Research in Condensed Matter Physics at the Politecnico of  Torino, Italy, has spent half of his professional life in Universities and Research Centers abroad. His research fields range from Nuclear Physics, Acoustics and Ultrasonics to modeling and simulations in Materials Science, Biology and Oncology, with more than two hundred scientific articles and books.

Senior professor of physics in the Politecnico di Torino. His research topics are the theory of gravitation, general relativity and cosmology. Tartaglia is a member of the Italian Gravitational society (SIGRAV), the Italian National Institute for Nuclear Physics (INFN) and the National Group of Mathematical Physics (GNFM).

“This is an ambitious book which provides a general introduction to most of physics ... . Written for non-physicists, it provides a good overview of almost the entire field and is surprisingly well balanced, with all topics described at about the same level.” (The Observatory, Vol. 137 (1258), June, 2017)
Buy options