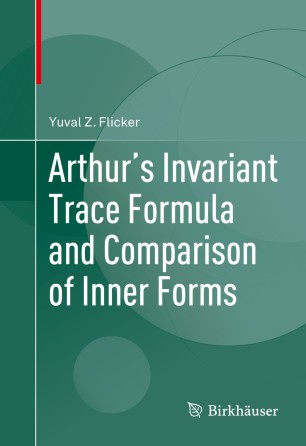 This monograph provides an accessible and comprehensive introduction to James Arthur’s invariant trace formula, a crucial tool in the theory of automorphic representations.  It synthesizes two decades of Arthur’s research and writing into one volume, treating a highly detailed and often difficult subject in a clearer and more uniform manner without sacrificing any technical details.

The book begins with a brief overview of Arthur’s work and a proof of the correspondence between GL(n) and its inner forms in general.  Subsequent chapters develop the invariant trace formula in a form fit for applications, starting with Arthur’s proof of the basic, non-invariant trace formula, followed by a study of the non-invariance of the terms in the basic trace formula, and, finally, an in-depth look at the development of the invariant formula.  The final chapter illustrates the use of the formula by comparing it for G’ = GL(n) and its inner form G and for functions with matching orbital integrals.

Arthur’s Invariant Trace Formula and Comparison of Inner Forms will appeal to advanced graduate students, researchers, and others interested in automorphic forms and trace formulae.  Additionally, it can be used as a supplemental text in graduate courses on representation theory.

“In the book under review, the main original articles, together with a plethora of related details, that required to understand the trace formula theory, have been unified and written in a uniform, compact and self-contained way. … this book presents an excellent source for readers interested in the trace formula and its applications and should definitely make the process of entering the considered subject a lot easier both for graduate students and for interested researchers.” (Ivan Matić, zbMATH 1359.22014, 2017)
Buy options