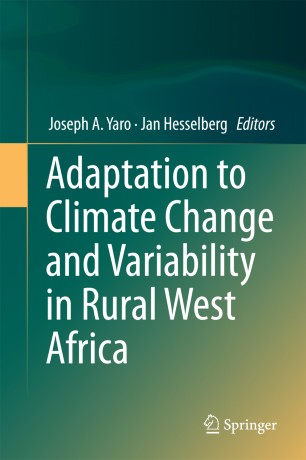 Adaptation to Climate Change and Variability in Rural West Africa

This book presents conceptual and empirical discussions of adaptation to climate change/variability in West Africa. Highlighting different countries’ experiences in adaptation by different socio-economic groups and efforts at building their adaptive capacity, it offers readers a holistic understanding of adaptation on the basis of contextual and generic sources of adaptive capacity.
Focusing on adaptation to climate change/variability is critical because the developmental challenges West Africa faces are increasingly intertwined with its climate history. Today, climate change is a major developmental issue for agrarian rural communities with high percentages of the population earning a living directly or indirectly from the natural environment. This makes them highly vulnerable to climate-driven ecological change, in addition to threats in the broader political economic context. It is imperative that rural people adapt to climate change, but their ability to successfully do so may be limited by competing risks and vulnerabilities. As such, elucidating those vulnerabilities and sources of strength with regard to the adaptive capacities needed to support successful adaptation and avoid maladaptation is critical for future policy formulation. Though the empirical discussion is geographically based on West Africa, its applicability in terms of the processes, structures, needs, strategies, and recommendations for policy transcends the region and provides useful lessons for understanding adaptation broadly in the developing world.