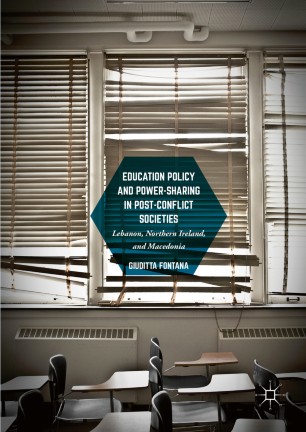 This book explores the nexus between education and politics in Lebanon, Northern Ireland, and Macedonia, drawing from an extensive body of original evidence and literature on power-sharing and post-conflict education in these post-conflict societies, as well as the repercussions that emerged from the end of civil war. This book demonstrates that education policy affects the resilience of political settlements by helping reproduce and reinforce the mutually exclusive religious, ethnic, and national communities that participated in conflict and now share political power. Using curricula for subjects—such as history, citizenship education, and languages—and structures like the existence of state-funded separate or common schools, Fontana shows that power-sharing constrains the scope for specific education reforms and offers some suggestions for effective ones to aid political stability and reconciliation after civil wars.