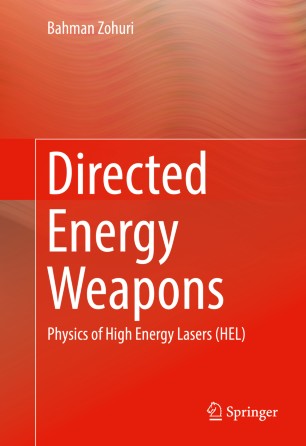 This book delves deeply into the real-world technologies behind the ‘directed energy weapons’ that many believe exist only within the confines of science fiction. On the contrary, directed energy weapons such as high energy lasers are very real, and this book provides a crash course on all the physical and mathematical concepts that make these weapons a reality. Written to serve both scientists researching the physical phenomena of laser effects, as well as engineers focusing on practical applications; the author provides worked examples demonstrating issues such as how to solve for heat diffusion equation for different boundary and initial conditions. Several sections are devoted to reviewing and dealing with solutions of diffusion equations utilizing the aid of the integral transform techniques. Ultimately, this book examines the state-of-the-art in currently available high energy laser technologies, and suggests future directions for accelerating practical applications in the field.

Dr. Bahman Zohuri is founder of  Galaxy Advanced Engineering, Inc., formed upon his departure from the semiconductor and defense industries after many years as a Senior Process Engineer for corporations including Westinghouse and Intel, and then as Senior Chief Scientist at Lockheed Missile and Aerospace Corporation. While at Lockheed, he was responsible for the study of vulnerability, survivability and component radiation and laser hardening for Defense Support Program (DSP), Boost Surveillance and Tracking Satellites (BSTS) and Space Surveillance and Tracking Satellites (SSTS). He also performed analysis of characteristics of laser beam and nuclear radiation interaction with materials, Transient Radiation Effects in Electronics (TREE), Electromagnetic Pulse (EMP), System Generated Electromagnetic Pulse (SGEMP), Single-Event Upset (SEU), Blast and, Thermo-mechanical, hardness assurance, maintenance, and device technology. His consultancy clients have included Sandia National Laboratories, and he holds patents in areas such as the design of diffusion furnaces, and Laser Activated Radioactive Decay. He is the author of several books on nuclear energy.