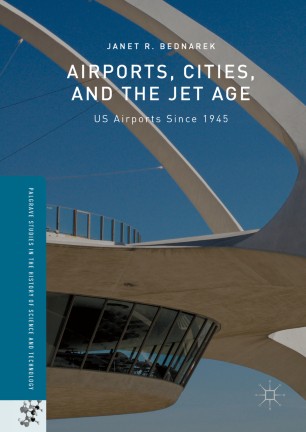 Airports, Cities, and the Jet Age

This book explores the relationship between cities and their commercial airports.  These vital transportation facilities are locally owned and managed and civic leaders and boosters have made them central to often expansive economic development dreams, including the construction of architecturally significant buildings.  However, other metropolitan residents have paid a high price for the expansion of air transportation, as battles over jet aircraft noise resulted not only in quieter jet engine technologies, but profound changes in the metropolitan landscape with the clearance of both urban and suburban neighborhoods.  And in the wake of 9/11, the US commercial airport has emerged as the place where Americans most fully experience the security regime introduced after those terrorist attacks.